Oy. Such a week. It feels like we've been through a workout. A workout? Well, that reminds us! Watch this!

Yes, that's Debbie Reynolds leading a bunch of old broads in floor exercises. And, by old broads, we mean Teri Garr, Florence Henderson, Rose Marie and, yes, ol' Dionne Warwick herself. It's a clip from Do It Debbie's Way, a workout video Miss Reynolds put out in 1990, most probably in between downing three Bloody Marys and fielding drug-induced prank calls from Carrie Fisher. There are a few other clips available, but this one's the best, especially with poor Rose Marie barely breathing in the back. Truth be embarrassingly told, we are still watching Lost. And, after last week's excellent Desmond/time-continuum episode, we thought we were back on track. Especially exciting was the promise that three long-standing mysteries would be answered on last night's episode. Well, imagine our kind-of-non-surprise when the Bai Ling-addled heap of boring made its way across our high-definition LCD TV. We counted exactly 0 questions answered. What about Jack's Chinese tattoo? you might ask. Usually we wouldn't answer a question with a question, but, as we're talking about Lost, we'll just say, Who gives a shit about Jack's Chinese tattoo? And even when we were told its translation, Jack had to get all "That's not what it means" on us. Come awn.

Alas, 0 Lost mysteries were explained last night. Instead, old characters returned and new characters were added, fueling our suspicion that the endgame of Lost is to provide every actor on the planet with a role. Which, come to think of it, did manage to answer one long-standing mystery: What ever happened to creepy "adult Christina Crawford"? Is this a normal day at Norma's house?

After last night's American Idol debacle (seriously—we turned it off after Sunspots), we had to check out one of our favorite Idol-related blogs, Vote for the Worst. Vote for the Worst is entertaining enough, but it then linked us to this woman's videos on YouTube. We have since assembled an ad-hoc committee to attempt to figure out if the videos are legitimate or not, and we're not having an easy time of it. However, we figure any old broad who's willing to make her Shirley Temple doll dance while she sings about being a douche bag is totes worth our time.

If you're a longtime reader of this longtime site, you're a.) crazy and b.) familiar with our proclivity for "Worst of" lists. However, if you are "a" and "b," you still may not be aware of our c.) obsession with Trip Advisor. That's why we're pleased to bring you Trip Advisor's recent list of the 10 dirtiest US hotels. If you're a longtime resident of Earth, it should come as no surprise to you that four out of the 10 offenders are located in that cesspool of human existence, Florida. (We're allowed to say that—we're a.) from Florida and b.) cognizant.)

Anyway anyway anyway, we highly encourage you to a.) check out all the reviews of the dirty hotels on Trip Advisor and b.) pay special attention to those of the Hotel Carter in New York City. Said reviews should keep you entertained for a.) very, very, very, very long time. Enjoy! We just wanted to share this video with you. It's what happens when 200 people snort 200 pounds of cocaine, in case you're thinking of doing the same this weekend. Enjoy! 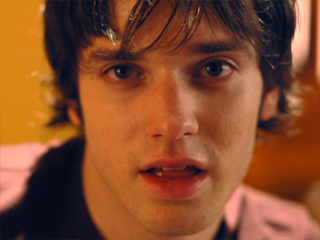 Best Week Ever beat us to it, but we just want to wish everyone a very happy...

We would just like to take a moment to mourn the passing of one of our oldest groups of hooligan pals. According to their Web site:

The Beautiful South have split up due to musical similarities. The band would like to thank everyone for their 19 wonderful years in music.

Sniff sniff. Should you not be familiar with these wry, cynical pop songsters who fill up Wembley Arena in their native UK but have never filled up much more than their gas tank over here, please immediately download buy Welcome to the Beautiful South and Choke.

For your viewing enjoyment, here's the video of one of our favorite Beautiful South songs, "A Little Time":

We're sad, but we'll carry on, regardless. 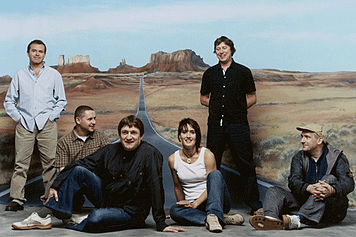