Mitts off my Romneys!

We've been having a hard time deciding whether to support Obama or Clinton in the primaries that we're not allowed to vote in because we're registered as independent. Thankfully, a certain MySpace profile has helped us make a decision: On Super Tuesday we will unquestionably not be voting for... Mitt Romney. Why? 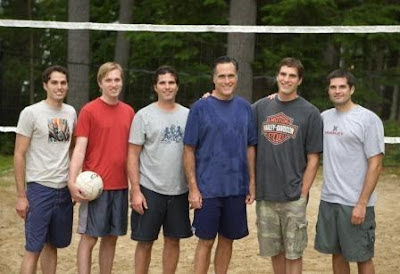 VERY nice work, Mitt! (Well, except for Ben, the red-shirt one. But when you're playing with Mormon DNA, something like that is bound to happen.) We'll take one Josh and Matt sandwich with a schmear of Tagg (hold the Ben) and a side order of Craig. Sorry, Barack and Hill, but while your ideals are much closer to ours than Romney's, his ideal boys are closer to our lustful heart. And since, no matter who wins in November, we're beyond fucked thanks to eight long years of whatever just happened, we'd like to watch the giant mercury-filled tidal wave wash over what used to be Planned Parenthood whilst in the sultry throes of passion.

Nervous Breakdown is proud to endorse Mitt Romney for president.
Posted by The NB at 1/09/2008 1 comment:

Best thing ever of '08, thus far. (A related pic would ruin it, so, instead, enjoy this photo of a collectible Brussels Griffon plate.) 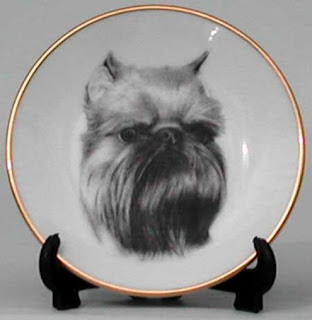