CAVEAT: If you haven't yet seen last night's episode, you probably won't know who we're talking about, anyway. We hardly know who we're talking about and we saw the episode. We'd actually like much more to be talking about our new favoritest reality TV character, Mimi, the little lesbian who bites from Bravo's mildly entertaining Work Out. Unfortunately, as she's the main character's girlfriend and not one of the featured trainers, there are no pics of her yet on the site. However, by using the latest technology, we've constructed a composite photo: 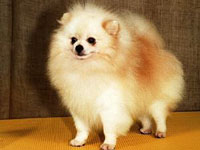 Adorable! But don't cross her. She don't like to play.

What were we talking about?

Oh, right. Project Runway. Last night the designers had to team up in pairs of two to create a gown for Miss USA. Yes, Miss USA. Not even Miss America. We'd think by season 3 Bravo could afford Miss America. Oh, right, they're still paying for Queer Eye. Understood.

Anyway, the bottom line is that Tim Curry got the boot. 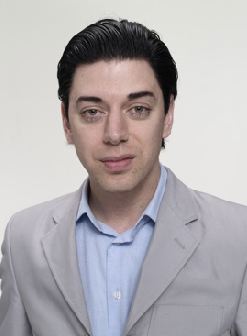 Why? Because even Miss USA doesn't want to parade down a runway in a... 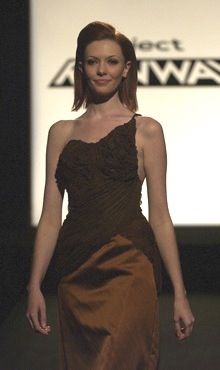 (Sorry for the selection of vocabulary, but that's what we were yelling at the television last night, so we're not going to pretend we're any more classy now than we were then. Though we are sober now. Well, more sober.) 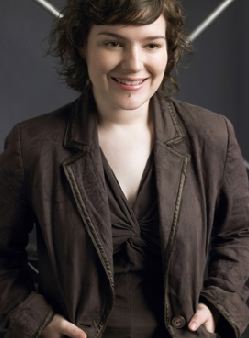 ...made it clear to the judges that she knew that and was spared, leaving Austin Powers... 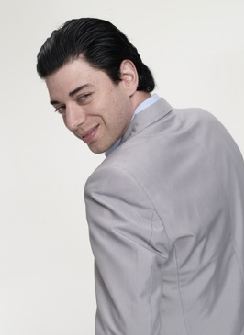 ...alone to get the axe. Upon his departure, Nightcrawler... 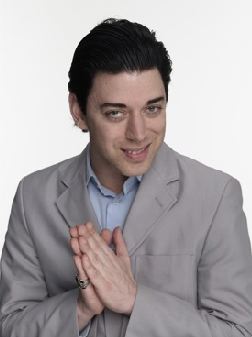 ...was seen returning to his favorite West Village haunt, Marie's Crisis, and serenading (poorly, as usual) the crowd with his signature song, Charlie Chaplin's "Smile," the lyrics of which we'd like to share now in this time of heartbreak and sadness...

Smile though your heart is aching;
Smile even though it's breaking.
When there are clouds in the sky, you'll get by.
If you smile through your fear and sorrow,
Smile and maybe tomorrow,
You'll see the sun come shining through for you.

Some other crap happened last night, too. Angela and NB favorite, Vincent, were on a team. They did not get along. Angela thought Vincent's gown was appalling, which she made clear to the judges, except that the judges loved it, so she was almost booted. Blah blah blah. You know what we're missing? Some humor! We never thought we'd say this, but we miss Santino. And Nick. Kind of.

Anyway, what we do know is that today we're featuring a sleek yet sassy, functional yet daring, modern yet retro...