Please forgive us—we are about to get serious, and you know how we feel about serious (please see previous post). But we read this in last week's New Yorker and felt the need to, well, pass it on. It's a paragraph (phew!) from a story called "Learning the Score" by the New Yorker's music critic, Alex Ross, and it is political. So, you know, consider yourself warned...

When President Bush signed into law the No Child Left Behind Act, in 2002, he probably did not intend it to have a debilitating effect on arts education in the United States. The law rewards schools that meet certain testing standards in core subjects—reading, math, the sciences—and punishes those that fall short. Seventy-one percent of school districts have narrowed their elementary-school curricula in order to make up the difference, and the arts have repeatedly been deemed expendable. In California, between 1999 and 2004, the number of students enrolled in music courses fell by nearly half, from 1.1 million to five hundred and eighty-nine thousand. Music education has been disappearing from schools for decades, but No Child Left Behind has transformed a slow decline into a precipitate fall. 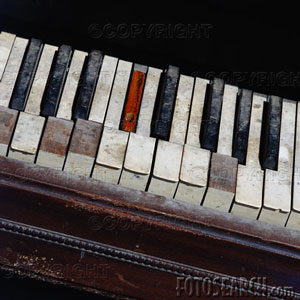 Thank God shows like Idol, RockStar, and America's Got Talent have picked up the slack. Who needs music education when you can be on TV?