On Wednesday, February 23, 2005, we posted this. It's a discussion, with helpful visuals, of "American Idol" loser Anthony Fedorov's questionable sexual orientation. This is the NB post that has, thus far, received the most comments, a whopping nine. We love comments, so we're certainly not disparaging them. We're only enjoying what we have to assume are teenage girls who have reached us via a Yahoo! or Google search by some combination of the words "Anthony Fedorov" and "gay."

One anonymous reader writes, "i really dont see wats so gay about him horse back ridin ... i guess it might be the shirt." Might be? Might be? Holy shit, of course it is. And the horse. And the sneer. But mostly the shirt. Very good.

Another writes, "You have got to be kidding me, Anthony is definitely not gay. He is so hott and he has a girlfriend, so he is obviously not gay!!!!" First of all, we enjoy the correct spelling of "definitely," but "hot" only has one "t" (unless it's a newfangled term the kids are using, to which we give mad props if it is). Second of all, this reader implies that if one is hot, one cannot be gay. While generally true at southern universities, there are many hott gay people, such as Jesse Metcalfe, Hugh Jackman, and Jake Gyllenhaal. Finally, Anthony Federov is neither hot nor hott, so, by using this commentor's logic, we must conclude that more likely than not, he is, in fact, gay.

Another comment reads, "anthony is not fricken gay! he is a total hottie!" Please see above.

And here we have this comment: "Okay. I have to admit. I want Anthony Federov to be gay, but I don't see how the picture of him on horseback looks gay. I was raised in the south and rode horses in short sleev shirts and muscle shirts. It's too fucking hot to ride horses in long sleeve western gear. Show me a picture of him wearing spandex shorts, or sparkly colored club wear and then I'll reconsider. I'm still crossing my fingers!" You rode horses while wearing short-sleeve shirts and muscle shirts. And you're gay. We therefore do not see a fallacy in our argument. As for the spandex pics, as soon as we see them, after we throw up a little in your mouth, they're all yours.

Thank you for allowing us to comment on comments. We really do love them and encourage readers everywhere to submit thoughts, compliments, complaints, money etc. Such mediocrity depends on your love, vitriol and sarcasm. 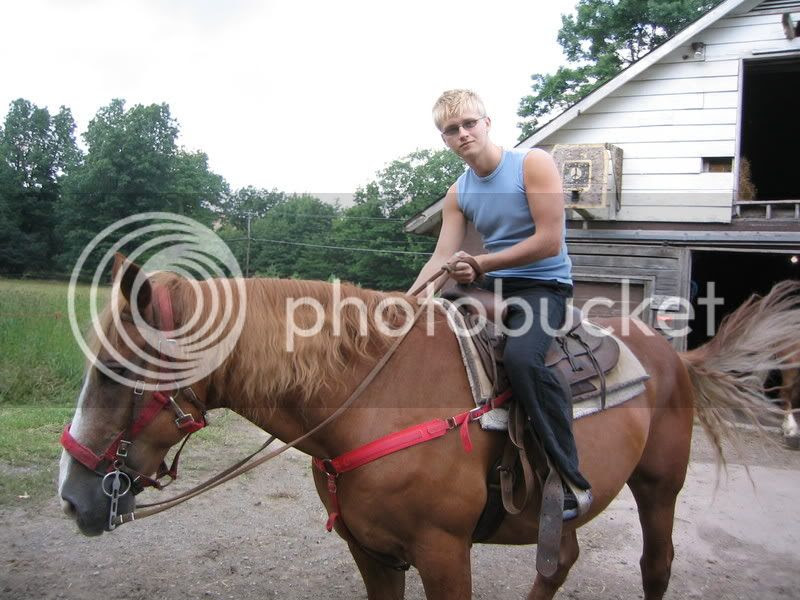