And, finally, what do the films Oliver!, My Fair Lady and Chicago all have in common? If you said they're all musicals, give yourself five points for being correct in general and then take five points away for not being correct in this instance. These films are, according to Premiere magazine (yes, it apparently still exists), some of the top 10 worst "Best Picture" Oscar winners of all time. Also included on that list are Around the World in 80 Days, The Greatest Show on Earth, The Great Ziegfeld and, thanks god, the entirely bogus and overrated American Beauty. We don't know what the remaining three films are, but we have to assume they're all The English Patient.

As well, they've compiled a list of the top 10 best "Best Picture" Oscar winners of all time, but who gives a shit. 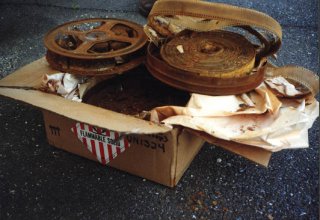