Hey. I'm 15 months old, which is prob what you guys were when you started acting on "Full House." You both seemed to have it so together, especially since you shared the spotlight. Well, not shared, but shared in the sense that you were both Michelle. You know what I mean, right? Cool. Anyway, I'm kind of having a hard time right now. I mean, how were you treated at 15 months? Was your cast nice to you? Did the crew help you out when you needed it? How was craft services? Did they provide formula? Because the thing is, right now I feel like the people in charge here are kind of being irresponsible with me. I mean it's totally cool to be able to be viewed by pretty much the whole world, but have you two seen what I'm being used for? It's totally uncool. Look at today: I was saddled with some lame joke about Jay Leno and yet more pointless rambling about that "American Idol" show. It's, like, GETTING SO OLD. And, truth be told, the person in charge ("guy" would be too specific) I hate to say is a little...well...racist. And ageist. And sizeist. And, seriously, he's only, like, 5'3". Honestly. Anyway, MK and Ash, I'm just wondering if you have any advice for me. Is there a way to improve my situation? At so young an age, I feel like I can't do much else but be a puppet for some crazy opportunist's desires. Oh, and he is crazy. I mean, if he ever found out I sent this, he'd probably post it with some "funny" picture of a kitty or monkey beneath it (he can't even really figure out how to position text around a picture) and some lame "REBUTTAL" beneath that. Ugh. It's just what I'd expect from an adult with no power over anyone or anything real. If you can help me, help me. I'm dying a much-too-often-labored death over here. 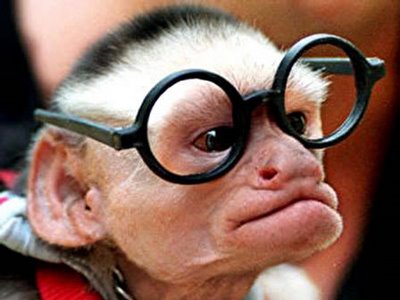