Here are the NB's picks for best scary movies you may never have seen, thank you for asking. If your headquarters is located near the Greenwich Village Halloween Parade, as ours is, you're going to be locking your doors and praying for life tonight. Why not put on a film like...

Eyes Without a Face—you'll be cringing in horror at one of the most uncomfortably (and S-L-O-W-L-Y) terrifying scenes in any movie ever. And this flick was made in French in black and white in 1959. Trust us, s'il-vous plaît.

Audition—Japanese thriller that will make you laugh until you cry. Or the other way around. Either way, there's something in that bag. And that's only in the middle of the movie.

Invasion of the Body Snatchers (1978)—the 1956 one was social commentary. This one has the MANDOG.

The English Patient—the scariest movie ever with the definitive performance of Frankenstein by Ralph Fiennes. 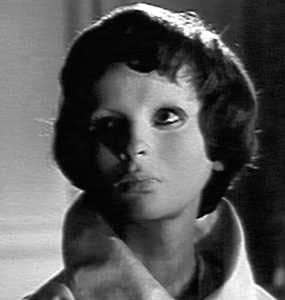 The Brood scared the shit out of me when I was about 10 or 11. I had nightmares about those damned kids for years. (Maybe that's why I STILL don't like small children)

Thanks for making me think about, now I won't be able to sleep tonight!

Actually, I'm going to check with Netflix to see it they have it!