OK. There's this site. It's called allofmp3.com. It's a Russia-based site that sells entire records in unencoded mp3 (and sometimes better) format for between $1 and $2. Yes, comrade, entire records for between $1 to $2. And people (i.e. the music industry) are naturally pissed because they claim Russia is exploiting a loophole in the nation's copyright laws. Which is probably true, meaning this site is probably kind of a little bit illegal. And certainly we're not encouraging you to take advantage of such a site because we would never endorse such questionable activity. We will, however, pose this question: where else are you going to find Neko Case's lovely but basically out-of-print EP, Canadian Amp, for 66¢? Точно. 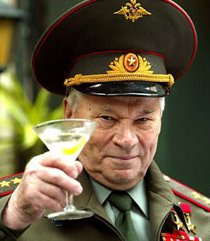 I get all my music from the Russian site, mp3search.ru. Europeans are my fave (Russia's in Europe, right??)