Folks, today is a doozy. Between recovering from embedding ourselves in Lisa Whelchel's life and preparing for some upcoming events, we're going to have to take it easy. So, please allow this space to be used for utterly shameless self-promotion. We promise not to let this happen again. This week.

Because your beloved NB editor has played the piano since he was a foetus, he occasionally shares his magical talent with the public. This Friday night marks the opportunity to hear him play not one but TWO shows. In a row! Holy Lisa Whelchel's Bible! 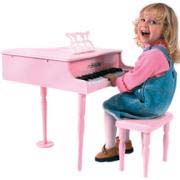 The first show occurs this Friday, June 23 at 8 p.m. and marks the beginning of the seventh year of New York City's original, award-nominated, fully improvised musical, The Next Big Broadway Musical! (Don't be scared by "improvised." You would never, ever be sent to a show that we didn't feel was worth sending you to. And, there's no audience participation. Only audience suggestion. Read on.) In the first act of the show, the audience suggests original song titles for five "Best Musical" nominees. Once all are presented, the audience votes on the song it enjoyed most, and that song is the basis for an entire musical in act two. It's a hoot. And there's booze. And a rilly hot pianist.

The Next Big Broadway Musical! will run for 8 Fridays at 8 p.m. at Don't Tell Mama at 343 W. 43rd St. in Midtown Manhattan. Tickets are $15 plus two drinks and reservations can be made by calling 212.757.0788 after 4 p.m. All the exciting information and more fun stuffs can be found by clicking HERE! 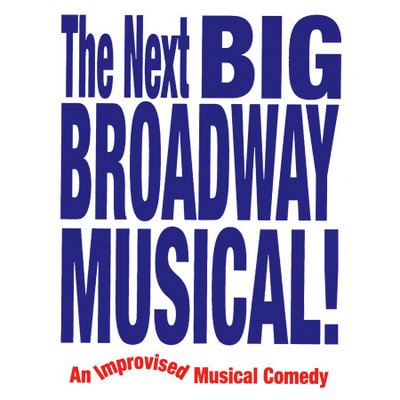 At 11 p.m. this Friday night, following the show we just told you about and in honor of the beginning of NYC Gay Pride (sorry), we will be performing for one last time the award-nominated revue we wrote with award-nominated singer/songwriter Michael Conley entitled Hello, Boys! If you hate cabaret shows, we urge you to join us for a naughty night of original anti-cabaret. Besides, you're familiar with the mediocre quality of the words we write here—why not come hear the mediocre music we compose? Until you've seen this show, you're really missing out on the full spectrum of our aptness.

Hello, Boys! will also take place at Don't Tell Mama. Tickets are $10 plus two drinks and reservations can also be made by calling 212.757.0788. For more information, including exciting reviews, click HERE! 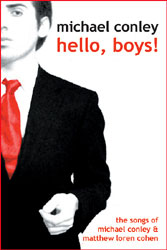 People, you now have so many chances to see a.) our fingers bleed, b.) us break a piano string (which is more exciting than you might imagine) or c.) both. Come on out to Midtown on Friday and say hellos and see some shows!
Posted by The NB at 6/21/2006