The Coffee Talk Companion: "My Meal Belongs to Daddy."

Before we begin, we'd just like to say that should you search "Lisa Whelchel Coffee Talk" on Google, this very site will come up as result number 2 following Lisa Whelchel's own site. So, thank you, public, for noticing our important work. Carrying on... 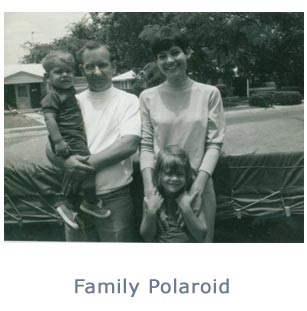 This week, Lisa leaves home for a three-day silent retreat, much to what we have to imagine would be the chagrin of Clancy, Haven and Tucker, who'd probably kill for three days of shut-mouth from mom.

Many months ago, when I was reading Bob Sorge’s book, “Secrets of the Secret Place” (the first time through,) my heart leapt with excitement when I read his chapter on the importance of retreats. As soon as I finished my morning devotions, I looked ahead on my calendar and planned a three-day, silent retreat, like he suggested in the book. I couldn’t wait to get away from everything, with only my Bible and a case of bottled water, to hear from God and grow closer to Him.

Ah. So this Bob Sorge encourages silent fasting retreats. A retr-non-eat, if you will. (We just sent that in to be copyrighted, so don't even think about it, Sorge.) To get in touch with God, for which Lisa brought her Bible. But honestly, we have to imagine Bible or no Bible, after three days of non-eating, God's gonna be pushed down the "To call" list beneath Dominos. Oh, and another thing—fuck you to everyone who enourages fasting. Not because we likes to eat and would shove 3,249 Hershey's Kisses in our mouth at one time if given the opportunity. No, it's because it's fucking unhealthy. A body shouldn't suddenly be deprived of food after growing accustomed daily to, in an average American's day, 5,309 calories. It's just not right. You hear us, Jews? Yom Kippur? Not cool.

Last week, the day finally arrived. I packed up my van, with my dog, (I figured this didn’t negate the whole “silent” retreat thing,) a small bag with some comfy sweats, no make-up bag, and my favorite pillows. I drove to the border of Oklahoma to a friend’s ranch where I often go to write.

OK, so she broke one rule already. She brought the dog. The dog doesn't know what the fuck is going on, so we're going to imagine it barked at least once, negating the entire "silent" experience. And everyone knows if a dog is not happy, the owner is going to try to comfort it by speaking to it (unless it's a Chinese restaurant, in which case it's going to be delicious). So, we have to imagine Lisa spoke, too. We'll downgrade this silent fasting retreat right now to "fasting retreat."

I arrived late in the morning and snuggled up on the couch with my Bible. My plan was to read through the “Harmony of the Gospels.” Basically, this just means reading through all four gospels, combined into one, in chronological order with some stories repeated a few times.

Wait, wait, wait. Wait. The Harmony of the Gospels? Quoi??? Um, Whelchel, you talk up the Bible like nobody's business. When you bring a Bible somewhere where you have nothing else to do but drink water and quiet a scared puppy, we expect you to read the whole thing. We can't imagine God was too thrilled with this act.

I’ve gone on three-day fasts before, but I always drank LOTS of fresh juice. This time I decided to drink only bottled water. Oh my goodness, I was weak as a puppy.

We imagine at this point she was just seeing the puppy she decided to bring along and thought she was actually the puppy. Which is another reason you shouldn't bring a dog on a silent fasting retreat.

I could hardly stay out of bed, barely finding time to read my Bible in between naps. And forget about praying, or worshiping. That would take way too much energy.

Oy. All complaints from this one. We have to wonder here, does Bob Sorge trump God in this situation? Clearly, Lisa lives her life by the gospels (or the Reader's Digest version), but Bob Sorge's request, nay, insistence that this retreat involve fasting is making it impossible for her to communicate with God, which is basically her lifeblood. And not only that, the purpose for this retreat was so she could commune with God more easily. Is it just us, or is the blatant illogic of the situation not abundantly clear?

So you don't kill yourself, and so we can move on, here are the retreat highlights. Fine, highlight:

I tossed and turned all night long, with weird dreams, none of them from God!

Coffee Talk aficionados will realize this is the third week in a row Whelchel drops an unqualified "weird" in her rantings. Again, so not fair to us. Though, this week, it's almost atoned for by this glorious passage:

Did I mention how much I missed my morning coffee? I’m in love with coffee – I think I’ll marry it.

About 3 o’clock in the afternoon I said out loud, “Okay, Uncle! I give up. I can’t do this. This is too hard. I want to go home. I miss my family. I’m bored out of my gourd! Even so, Lord, you know I won’t give up. I will stay here for the full three days. But, it would be really nice if you would show up. I just don’t have the energy to seek You and find You. Will you please come get me?”

We can't decide if we heart "Okay, Uncle!" or "I'm bored out my gourd!" more. Hmmm. We'll give the edge to "Okay, Uncle!" because of her actual addressing of an uncle in her attempt at the familiar "to cry uncle."

Any-fuckin'-way, she is eventually relieved...

A couple of hours later I received a phone call from my cousin. (I was only supposed to have one phone call a day but I had cheated a bit on this one.) 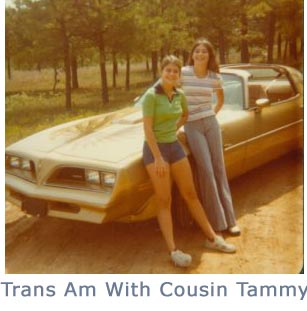 No wonder God wasn't calling. A.)Her cousin was hogging the phone line and B.) Clearly he had taken up with someone who was doing the silent, fasting, non-canine retreat correctly.

It was so weird, I had just been praying for my cousins and aunts and uncles that morning. So, I told Tammy that when she called. She went on to say, “Well, I’m sorry that we never get to talk and the only time we do it has to be because of bad news. They took your daddy to the hospital last night and no one has been able to reach you until now.”

"Weird" again. She means "coincidental" here. What's actually "weird" is that she claims she's been praying for scads of people when earlier she wrote that she didn't have energy to do anything during the retreat. At this point, like us, God got completely fed up. Which is clearly why he sent Lisa's dad to the hospital. Right before Father's Day.

I immediately jumped up, grabbed a stale jar of nuts in the pantry, tipped it back, and guzzled it down like it was a soda. Then I threw my stuff in the bag, grabbed my dog, and headed to the hospital, stopping only long enough to grab a sandwich and a drink at Chick-fil-a.

Turns out the father's fine, so, of course, it's back to being about Lisa Lisa Lisa...

For starters, I will either take plenty of juice with me for a shorter retreat or I will go on a longer retreat and not count on doing anything until about the third day when my body adjusts.

Or until the contraband dog fucking blows its brains out from boredom. Speaking of which, the rest of the Coffee Talk entry is a note Lisa wrote to her daddy. It lists poignant reasons why she is thankful for him, the best one being...

I never had to worry as a child. It never crossed my mind to thank you for a safe home, plenty of food, family vacations, a trip to Sears for school clothes and a trip to K-Mart for summer wear. I always had everything I needed because of you.

"Sears," "K-Mart" and "summer wear." A trifecta of Whelchel magicness. 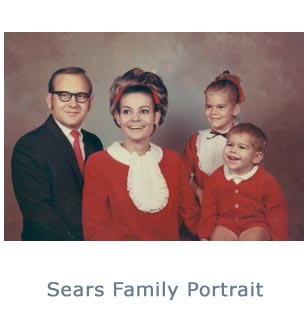 ...of your love for Jesus. Anytime you come to church with me, or whenever I pray with you, or even just talk about the Lord, you always get teary-eyed. I know Jesus knows how much you love Him deep down inside. But mostly because…

I have to stop reading Lisa stories at work because I'm going to get fired. That was hysterical.