Talking about books one has read is bad enough.

Talking about books one plans to read is even more awful.

But, after perusing this month's Atlantic, we now know there's something even worse than those two (mamma mia!). The ultimate in such horror occurs when published authors and kin discuss books they're planning to read. So, without further ado (unfortunately), please enjoy these snippets from the "Summer Reading" section of this month's Atlantic in which established authors (and a few non-authorian notables) let us know what they're going to read this summer. Try not to laugh. Or throw up.

"And I finally feel old enough to inhale Colette's short novels Cheri and The Last of Cheri."
–Author Alan Gurganus

"I'm heading to a writing colony for six weeks, so I've been carefully considering what to bring...I'll leaf through a classic grammar called The Trivium by Sister Miriam Joseph, because I want a more formal understanding of basic rhetoric."
–Author and critic Dale Peck

"On a pebbled Turkish beach, I shall read: mournfully, That They May Face the Rising Sun, the last novel of John McGahern...; expectantly, a galley of a first novel by Katherine Min, Secondhand World (due out in October)..."
–Author Joseph O'Neill

"I would also like to read Broken Screen: 26 Conversations With Doug Aitken Expanding the Image, Breaking the Narrative, edited by Noel Daniel. For someone as interested in contemporary visual culture as I am, the artist Doug Aitken's interviews with the likes of Robert Altman, Kenneth Anger, Matthew Barney, Rem Koolhaas, and Ed Ruscha are essential reading."
–Former Gucci creative director Tom Ford

"This summer I want fun. I'm half-Syrian, so I want to read more about women in the Arab world."
–Author Mona Simpson

"I find myself more and more drawn to prose written by poets."
Art critic Jed Perl (we must admit—we do enjoy this art critic's use of "drawn" in an otherwise mindnumbing sentence)

"I will read Edmund Burke's Letters on a Regicide Peace, his death-bed call for continuing, unremitting war on the French Revolution, after the twenty-eight-year-old Napoleon had led his armies to victory in Northern Italy."
–Editor Perry Anderson

"I will also read A. E. Housman's famously elegiac, deeply moving collection of poems: A Shropshire Lad. Since I hope this summer to walk again through England's wolds and dales, it seems appropriate to be reading such pieces as "Bredon Hill" and "On Wenlock Edge."
–Author Paul Kennedy

"Throughout my one-woman show, In My Never to Be Humble Opinion, I make many (usually humorous) references to biology and how it affects human behavior. Therefore I am revving up to read Genome, by Matt Ridley."
–Radio-show host Dr. Laura Schlessinger

If you've made it this far through the "inhale"s and "wolds"s and "basic rhetoric"s and "galley"s and people trying to get us to believe they honestly want to read poetry, you have some constitution. Why, it's almost as if a bouquet of flowers were trying to convince you to hire it. Or something. The bottom line is, come on.

Alas, we implore, nay, demand, the Atlantic do a follow-up story in which these people are hooked up to a polygraph machine and asked, in the grand language they seem so fond of, how many of their intended books were actually read. If we may be so bold as to, in one fell swoop, tell you what we're going to read this summer and what the above contributors would have said had they been telling the truth:

"Because I, too, am an elitist, it's necessary that I purchase and distribute about my apartment all kinds of thick books, but, between you and me, this summer it's going to be US Weeklys and the shampoo bottle. As per usuale."
–Your NB editor 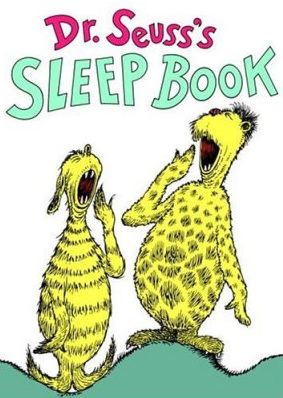