We're late with this lament, but we blame this on our DVR which decided to turn the initial airing of this week's episode of "Degrassi: the Next Generation" into a Seurat-like symphony of pixels. The episode, "Together Forever," was fortunately recaptured intact last evening. And as we downed our fourth Stoli and Hawaiian Punch, we shed a whole bunch of single tears as the episode ended with Craig Manning singing a heartrending song as a montage of him saying goodbye to his friends and driving off to be a rock star and/or student played over it. This seemed a bit suspicious, and we immediately visited Degrassi's myspace page only to have our worst fears confirmed:

WHAT HAPPENED TO JAKE EPSTEIN? WHERE DID HE GO?
Jake Esptein's last episode was 513 Together Forever. He left Degrassi to enroll himself in a Montreal School for theater. He WILL be returning for the Season 5 finale - High Fidelity [sic ad infinitum]

Um, yes we love our "Degrassi," but we've always especially loved our Jake Epstein/Craig Manning. Craig was totally relatable—he was tortured, chemically imbalanced, musically inclined and, of course, completely cute. We kind of feel like we've lost a good friend, honestly. One that, on the plus side, we've always admired and, on the down side, we never got to sleep with. Trust us when we say we had to rewind the end of "Together Forever" five or six times just to make sure Craig was really going away (and to see if Marco really had those corn rows, but that's another issue).

Jake, we understand you want to move on to bigger things, but Craig, you'll always be our favorite "Degrassi" roustaboot. Godspeed, kiddo. 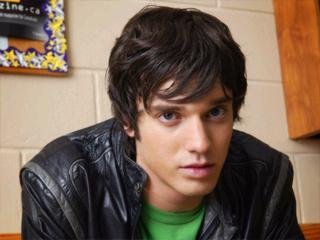