Let's check in with someone who's totally crazy busy, or at least just crazy busy: Lisa Whelchel...

This week's journal entry starts off with the very promising, "In most of my journal entries I tend to be very wordy and forget to bring my camera so there are few pictures. Well, last week and this week should balance that out a bit. I’ve taken LOTS of pictures lately."

She and her brother, Casey, met in Washington D.C. where Lisa was invited to the Radio and Television Correspondents’ Dinner where Vice President Dick Cheney was to be the keynote speaker. Of course she was!

Here are Lisa and Casey at said dinner (the hideous turquoise thing underneath Lisa's hideous tuxedress will be explained in a moment):

And here's Casey with a hilarious cardboard cutout of George W. Bush! 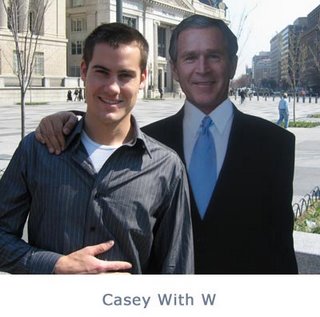 (Is it just us, or is Casey kinda cute in this pic? Sorry. Forget we ever said anything.)

Casey and Lisa did all sorts of sightseeing stuff in D.C.—you can read the thrilling tales in the complete journal entry. However, as promised, we will excerpt the highlight, a tale of forgetfulness so thrilling that you'll be at the edge of your seat (which you will have moved to the edge of the roof of the building you're in):

We made three way-too-quick visits to the American Indian, Natural History, and Air & Space museums. It was while racing through the dinosaur exhibit that it suddenly hit me out of nowhere – I forgot to pack the silver shell that goes with the dress I was suppose to wear in just a couple of hours.

We hopped in a cab and asked him to take us to the nearest store. Either he didn’t speak English and didn’t know what I said, or it was just because he was a guy. Either way, he dropped us off at this dumpy basement store that had absolutely nothing! I grabbed a shirt that looked kind of silvery/blue (only to discover when I put it on that night that it was actually greenish/turquoise.)

Stupid immigrant or guy! We'd like to get our hands on him to let him know just whose night he, in fact, ruined. Mostly because it caused us to have to hear about it.

Anyway, after surviving the "shell" debacle, Casey and Lisa visited the White House... 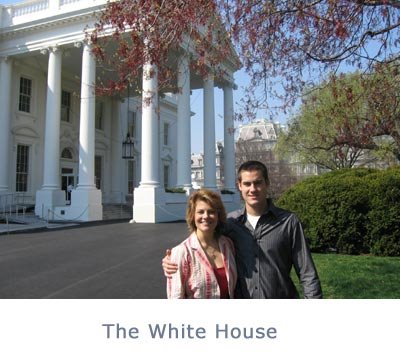 ...which was, in fact, covered by the national news... 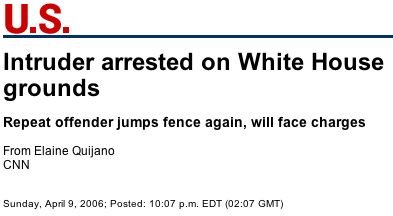 The duo then visited the Capitol but were ordered to stay at least 5,000 feet away from it... 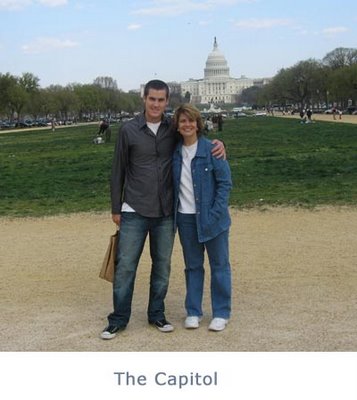 (Um, sorry, Casey Whelchel is totally our new crush. Those Chucks are adorable.)

Of course, Lisa made them go to the National Cathedral... 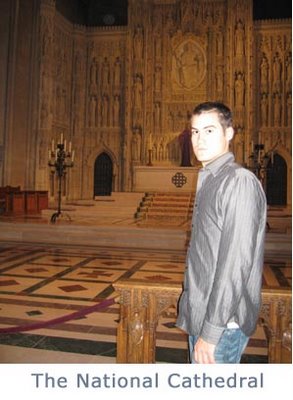 ...but obviously Casey wasn't having any of it. Who wants to schlep all the way out to the cathedral which isn't near any of the museums, government buildings, documents on parchment etc? Not our Casey!

However, we have to give credit to Lisa for one stroke of sheer brilliance: 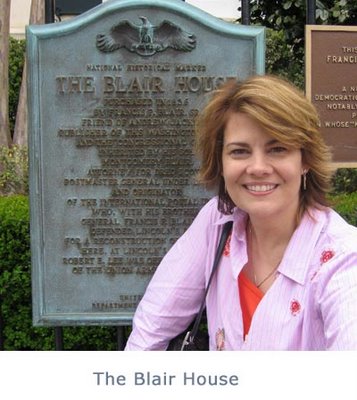 Alas, this final photo proves that even the craziest busiest of Christians can allow a bit of intentional humor to rise to the surface occasionally. Which is so great. Especially for those with the patience to wait around for such incidents. We'll just stick to skimming the journal every few months. Especially the Casey-centric entries! Call us!

"We were supposed to have queso dip but, first, Clancy put the Costco-size can of chili in the crock pot and then I forgot to turn it on. Either way, the Children of Israel could have made bricks out of it."

must say i enjoyed the story! and casey is way cute... too bad he's related to blair.

Good God, there was waaaay too much material in there to comment on. But I'm going to start with the part where she wrote, "We had three one way visits to the American Indian...blah blah". I TOTALLY saw "We had three-ways...blah blah." That's not very Christian-like.