Were it not Pesach, we would have called this post "Bucky Done Gone," in honor of the semi-retarded Bucky being booted from "American Idol" last night. However, because hundreds of years ago someone saw a cloud that looked like a malicious angel, today is, in fact, Pesach. For those not familiar with Pesach (a.k.a. Passover), it's a holiday only Jews could have come up with: it kicks off with a seder, which, translated from the Yiddish, means roughly, "Meal with disgusting food representing, of course, suffering." Following that, Jews are not permitted to eat anything leavened for a week because apparently flour was in short supply in the desert. (Strangely enough, Jews are permitted to drink water.) Anyway, the unleavened bread Jews eat is called matzoh, which, roughly translated from the Yiddish, means "cardboard."

Now, you might be asking yourself, Oh, NB editor, aren't you Jewish? Technically, yes. Practicingly, of course not—we're already salivating over the lobster roll we're making Pyotr get us for lunch. But, we do love a good theme, so today, in honor of Pesach, we'll be devoting every post to Passover. And we can promise you wholeheartedly that it will be as unexciting as it sounds. 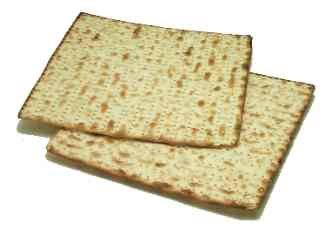