According to the Hollywood Reporter, "Power couple William H. Macy and Felicity Huffman -- who are crazy busy with two pre-schoolers, her ABC series 'Desperate Housewives,' assorted film projects, and his never-ending list of character roles, scripts to write, and voice-over gigs -- still made time to visit the Sarasota Film Festival this past weekend." Yes, apparently it is now perfectly acceptable to use "crazy busy" when describing a person or persons who once would have been perhaps only "extremely busy" or even "tremendously busy." Thank you, Hollywood Reporter, for legitimizing language formerly only heard at Claire's and on lines for Benchwarmers. Sorry! Props. We meant props. 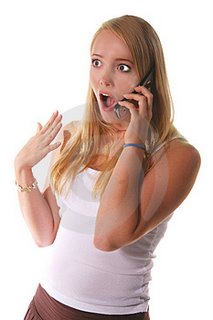