Here are two Web sites with basically the same theme but different interpretations of said theme:

The first is called Photo Friday, at which a new theme is posted each Friday and bloggists are invited to link a photo they've taken that represents the theme. This week's theme is "Worn." Here's a photograph of a closeup of a train by JToddM. The cracks mean it's worn.

The second site is called Illustration Friday, which has exactly the same conceit as Photo Friday except that participants are asked to submit illustrations rather than photographs. Today's topic is "strength." Yeah, we have no idea what that is, either, so we'll take a look at last week's topic, "night," which we know as "the time during which we don't sleep." Liz Wong, who runs a fantastic site callled ArtGhost, came up with this illustration, which she calls "boring," but which we think is pretty great: 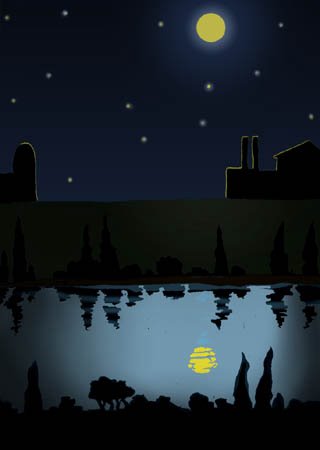 As we have no photographic or artistic talent, we will not be participating in either of these challeneges. Nor will we be making any totally unfunny mockery of them. Sometimes it's nice to look at the intelligent, good work non-celebrities do. They're people, too, you know.
Posted by The NB at 11/11/2005