The measure of a gay.

All right. Last week, The Phat Phree compiled its list of the 50 gayest things of all time. We approached the list expecting to find yards of semi-witty quips like "#23) going to prom in a group" and "#42) Jim J. Bullock" but only found a conglomeration of unnumbered words like "White Zinfandel" and "bunk beds."

First of all, one thing that every good editor knows (and some bad ones, as evidenced here) is that a list should always be numbered. No one gives a lick about 25 this or 62 that unless there is a specific order to the collection. It doesn't matter if the list's creator(s) actually believes in this range of importance. It just matters that there is one. Because then people can start arguing about what was too far down the list, what was left out etc. and nothing's any good unless some asshole is pissed off.

Second of all, "White Zinfandel" and "bunk beds" aren't gay in the connotation of "homosexual." Those items may be gay, as in "lame." But we don't know any gays who've ever had a penchant for either. And "Any bottle of wine over $10"??? We'd have to hoodwink people into advertising on this site if that were the case. Could you imagine? And, as if not strange enough, the list ends with "Loving your dad." Um, why do you think we're all gay? Because dad left home and we developed unnaturally close relationships with our single mothers. Alas, "Loving your mom"? Most likely. "Loving your dad"? Our who?

Anyways, we're not angry or upset or anything. Just a little disappointed. Everyone claims to have seen Brokeback Mountain, but is the layman really any closer to understanding the gayman? This list makes us think perhaps it's time for you listmakers to rent Steel Magnolias. 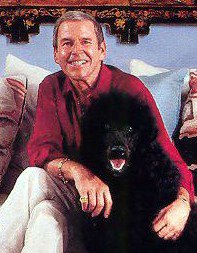